On High-Tech fair, GRT ( Guangdong Radio and Television) has followed Wooask and plan a exclusive report.

In the interview, CEO of Wooask, Andy says, “ Wooask AI voice translator owns 43 languages with two way translation by connecting with bluetooth, wifi/4G network, in that to break real life languages barrier; On Wooask APP we break the online languages by two way inter-translation. Currently there are millions users in Wooask APP to match you for your meet up for your business anytime. All in all, Wooask is the first company to break the languages barrier both in real life and online globally”.

Wooask created the environment to break the languages barrier, not only Wooask can lead those who has would not be able to speak foreign languages to doing the foreign trade, but also can it speed up the globalization, devoted Wooask advanced technology into policy of “ One Belt, One Road”.

With the High-Tech fair concluded, Wooask advanced AI voice translator & Wooask APP has became the spotlight of many media. 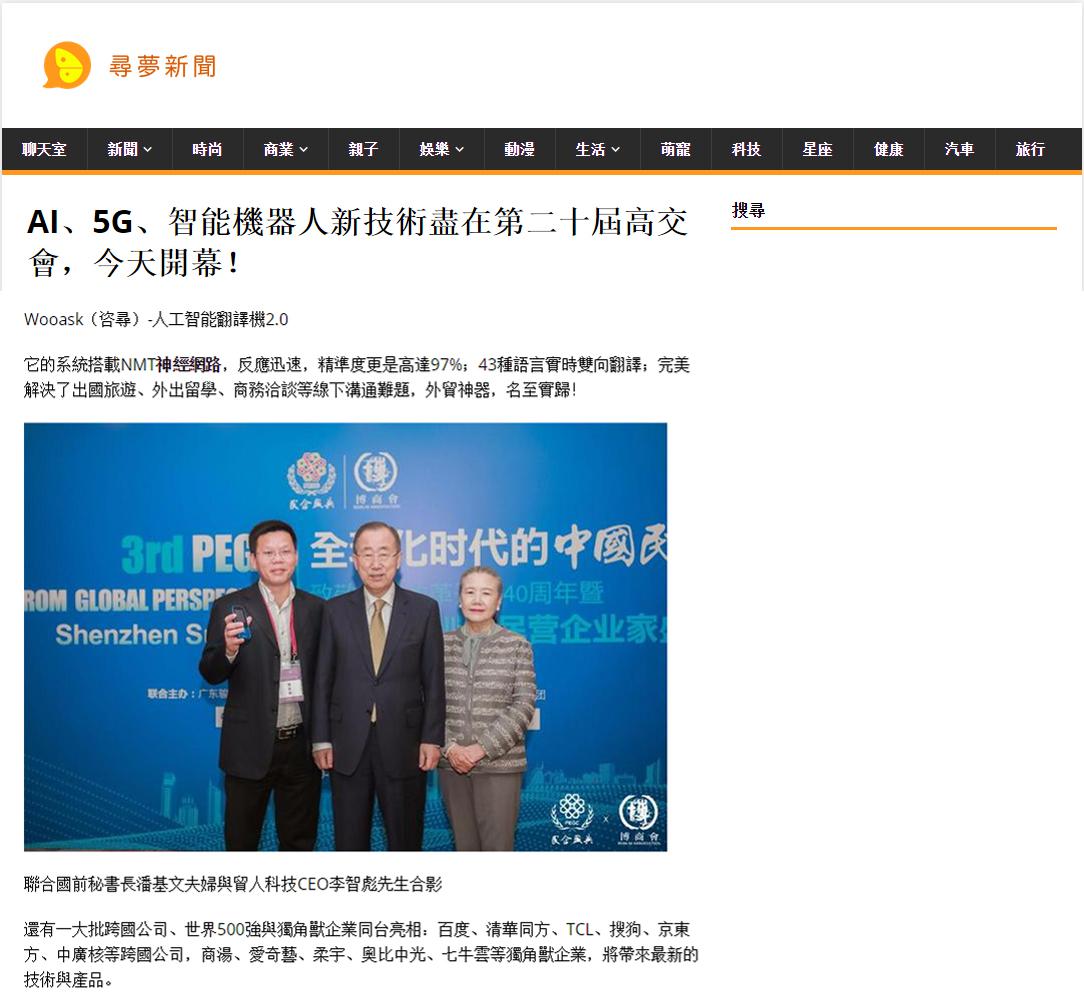 More Report to be continued

Meanwhile you can catch up with PC or mobile in Lychee website/APP, Guangdong IPTV.